Disclaimer: I received Brilliant Reflective Strips to review as part of being a BibRave Pro. Learn more about becoming a BibRave Pro (ambassador), and check out BibRave.com to review, find, and write race reviews!

I suck at being a morning runner so for a large part of the year I end up doing my runs at night. Because of this, I already have a large arsenal of night time running gear (which one day I’ll turn into another post) but after testing Brilliant Reflective strips I can happily say I will be adding them to my stash!

I personally think it’s really important to have both light and reflective gear as a runner (or anyone) out at night or near sunrise/set. Gear that actually produces its own light is important for times when light isn’t around to reflect off your reflective gear (ie. crossing a t-intersection so a car’s headlights aren’t on you until you are completely in front of the car). But also light gear will be drown out when in partial light, like under a streetlight, during times of day when it’s transitioning between light and dark, or when a car’s headlights are close. That’s where Brilliant Reflective comes in! 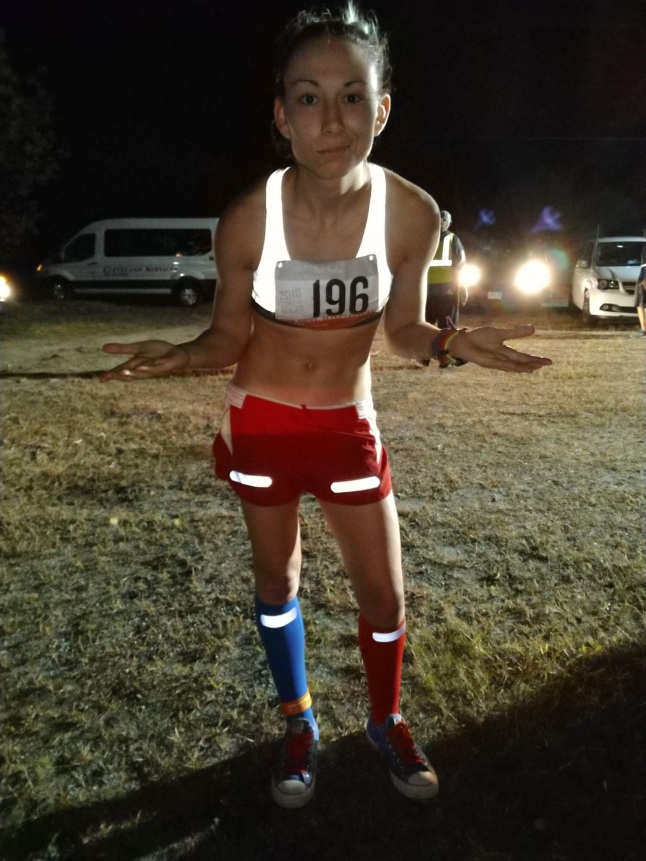 Bummed I didn’t get to run that leg, but at least I’m a disco ball!

With Brilliant Reflective you don’t need to buy special gear for at night, but instead turn your old favorites into night gear! This is super important to me as I’m pretty picky about clothing and have been wearing almost exclusively the same make of shorts since middle school 😂

Not only does this help picky runners, but it also allows you not have to re-buy a new reflective version of every article in your wardrobe. This hit me especially hard when I had the new reflective sports bra I recently purchased on for a Ragnar leg, but it was so cold I needed a long sleeve shirt. This made that purchase completely useless. Instead of having to buy a reflective sports bra and long sleeve, I can just add strips to ones I already own!

It’s also super easy to put them on and you don’t need to get them perfectly flat for them to stick well.

My back strip that I quickly threw on by myself while wearing the shorts was still stuck after the whole Ragnar!

I like you can put them where YOU want, instead of where a clothing designer sees fit. While the usual strip down the back may work for most people, it would be pretty much completely covered on days when I run with my hair in a ponytail. You can decide where fits you best, and if you use the temporary strips, you can always change it later too.

I was honestly really impressed with how much thought was put into this product. My mom has been trying to get me to use reflective tape for years, but it always looked super stiff and awful. Brilliant Reflective’s strips are really soft, light, and flexible. I stuck some to my running shorts (which are also super thin, like a soft windbreaker material) and socks and wore it for the night and entire second day of Ragnar (and even slept with it on) without noticing it once.

Still stuck to my shorts and socks for the finish line picture!

Another awesome feature that I hadn’t ever even thought about was colors. Brilliant Reflective strips come in a variety of colors! You can probably tell from my page that I am no fashionista and never really match anything, but I really liked that Brilliant Reflective strips come in many different colors for when they are seen in daylight. While I could use that to add even more color to my running wardrobe, other normal people could match the strip color to their clothes, making it barely noticeable during the day.

The green looks a little funky because it’s the iron-on and therefore has a plastic layer to peel off later.

Brilliant Reflective strips come in both permanent iron-on and temporary stick-on models. The stick-on seem pretty heavy duty since, like I mentioned before, I wore them all night and the second day of Ragnar without them falling off. With all the running, sleeping, stretching, and getting in and out of the van, Ragnar definitely put them to the test through tons of different movements. Also while I can’t say how they would do in rain, I can say after multiple days of running around my clothes were thoroughly drenched with another liquid and the strips stayed put!

The permanent are a super quick iron-on session away from being stuck to your clothes permanently!

I’m excited to continue using Brilliant Reflective strips. Especially for those times where I’m running at sunset and it’s bright enough where my light gear is just more stuff to put on, but I’d still like a little something just in case. The best part is once you figure out where to stick them, you can apply the iron-on strips once and never have to put thought into it again. Just put on your normal gear and go! 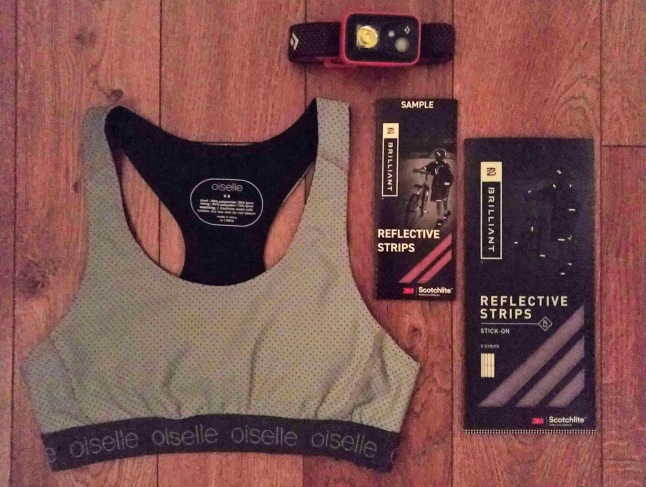 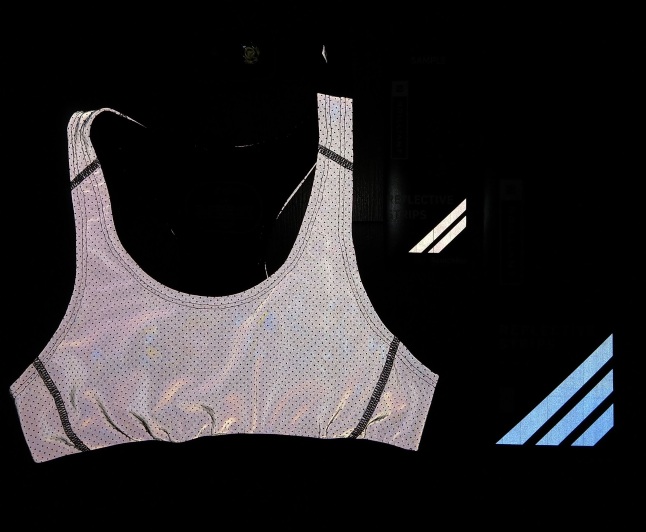